You are here: Home / Quick Review: HTC Desire U

HTC unveiled the Desire U a couple weeks prior to the Mobile World Congress 2013. It’s an entry-level Smartphone with a simple, yet classy look. It has specs that are pretty much on par with other entry-level phones. But with HTC giving it a price tag that’s friendly to Smartphone users on a tight budget, does it make up for what it lacks? Read on to find out.

The phone measures 4.67” x 2.45” x 0.37” and weighs 114g. The front is dominated by the 4” display. Above it is the earpiece and below it are 3 capacitive buttons. At the back are the 5MP camera with autofocus and LED flash and the Beats Audio loudspeaker. There’s a carved concentric circle pattern surrounding the camera housing which actually gives it an additional ’ class’ factor. The rear cover can be removed and reveals the slots for a regular-sized SIM and the MicroSD card. The battery can also be removed. On top of the device sits the power button and the headphone jack while at the bottom is the hole for the mic. On the left side is the micro USB charging port while the volume rocker sits on the left. 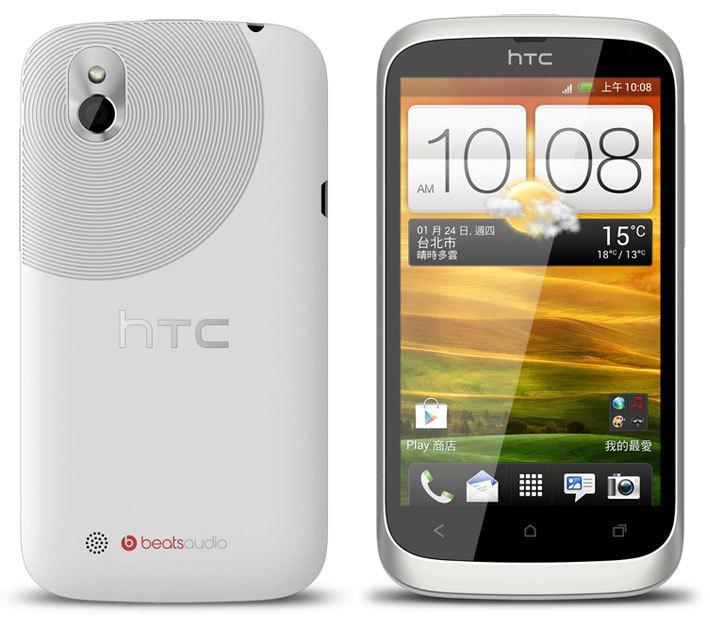 The display on the Desire U is a 4” Super LCD capacitive touchscreen with a resolution of 800 x 480 and pixel density of 233ppi. It may not be a Full-HD or an AMOLED display but it does look sharp and crisp. It’s a little reflective but still usable under direct sunlight.

The rear camera is a 5MP shooter with autofocus and LED flash. With enough lighting, it produces decent quality photos. But when there isn’t enough light available, you can turn on the Low Light Mode on. The changes are obvious when you turn the Low Light mode on and off, that it’s better when it’s on. But still you can’t expect it to produce top-notch quality photos. And you might want to be quick with that shutter if you want to capture a particular moment because it lags a bit.

Under the hood of the Desire U is a single-core Qualcomm S4 processor clocked at 1GHz and Adreno GPU 200. There’s 512MB of RAM and 4GB of internal memory. You can expand the memory up to 32GB via a MicroSD card. It has HTC Sense as its UI and paired with an old Android version, the Ice Cream Sandwich. Aside from home screen navigation, everything you do on this phone seems to experience a little lag.

Powering the life of the Desire U is a Li-Ion 1650 mAh battery. The battery is pretty small even for a display that doesn’t have a high resolution and a slow processor. The upside is that it is removable which means you can bring with you a spare battery in case you run on empty in the middle of nowhere.

The Desire U does not have high-end features but don’t forget that it is an entry-level Smartphone. For people who just want to be connected wirelessly but don’t have the budget or the need for high-end smartphones, this phone could be a nice option.