You are here: Home / Learning From Donald Trump: Road To Success

Donald Trump is a household name. He is known as a real estate mogul and TV celebrity, but this enterprising business man has had an eventful life and has turned himself into a billionaire, with a net worth of approximately $2.7 billion. He is loud mouthed and quite arrogant but look at his business development skills and question has it led him to success in business? Can an outspoken business man like Trump really teach the world something about business and success. It is time to analayse his life.

Donald Trump was born on 14 June 1946. He attended the New York Military Academy before moving on to Fordham University. He obtained his economics degree at Wharton School at University of Pennsylvania before joining the family real estate business. Donald Trump has had three marriages and four children, his first marriage was to Ivana Zeinekova, a fashion model and they had three children together. After his divorce he went on to marry actress Maria Maples and they had one child together before his third marriage to model, Melanija Knavs. What you should learn from Donald Trump is not his many marriages that he has had but his strong business and sales skills. Trump can negotiate and seal a sales opportunity and it is his ambition to succeed that is a driving force to compete with. 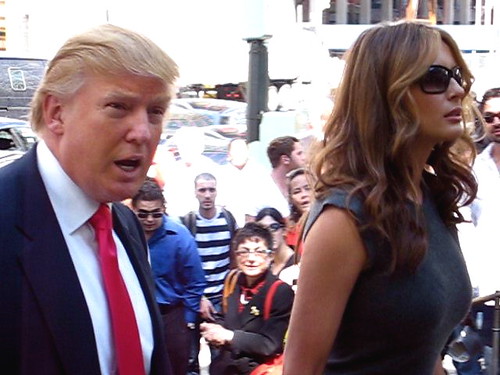 A Life Filled With Business Success

This Top Trump found his niche in the 70’s when he moved away from the family real estate business and started directing his efforts into commercial real estate development; A move that would make him a household name and celebrity. Donald Trump went on to build a real estate empire and since the sales have been flying high.

But even the best real estate developers hit a snag along the way and Donald Trump was forced to file for bankruptcy in the 1990s, but he soon bounced back a few years later through project managing the best opportunities in business.

Today he is worth $2.7 billion in net worth and has written a number of books about his success; which helps people to develop their business skills.

Trump does not miss an opportunity to think big and act big. He developed the famous Trump Towers which are located in mid town Manhattan; A fifty eight storey skyscraper which is rated at the 51st tallest building in New York City. The tower is adorned with marble, mirrors and brass and has a stunning five story atrium, complete with waterfall and spectacular pedestrian bridge. The vision that goes into building something like this is creative and creativity and innovation is what drives a succesful business.

Let’s not also forget that Donald Trump owns a host of casinos but more importantly he also created The Trump Entrepreneur Initiative, which provides valuable online education. A businessman that caters to the needs of everyone; this is inspiring.

It is plain to see that from all the business success that Donald Trump has become a bit of a celebrity that is much talked about. His sales and business success enabled him to host and present the NBC’s The Apprentice. The Apprentice is a popular reality TV show where hopefuls fight to become part of the Trump organization.

When the series first started Donald Trump was paid $50,000 per episode, but as the show has increased in popularity, so has this Top Trumps salary, he now earns a stunning $3 million per episode. Furthermore, the celebrity status doesn’t end there; he is also the owner of the Miss Universe organization which he has owned since 1996.

Where Is He Today?

In 2011 Donald Trump made a different investment. He bought the Kluge Estate Vineyard at auction for £6.2 million. The 1,000 acres of property was in bankruptcy and Trump obviously saw this as a fine investment, enabling him to add Trump Wine to his list of accomplishments which include Trump Tea and Trump Chocolate.

You can expect to see the Trump wines being sold soon as the vineyards come completion with working winery, enabling him to pop his label to the bottles. As you can see the road to success is never ending if you keep determined in building a new goal.

Thank you to the Telegraph Sales Job team for this informative article.